The England and Wales Cricket Board (ECB) has today announced a further financial package to support professional and recreational cricket during the COVID-19 pandemic.

The £35.7million support package was agreed by the ECB Board after detailed financial planning with the whole game and to support all levels of cricket during a period of extreme financial uncertainty.

Following the initial interim financial support package of £61m, which was announced in March, the Board has agreed to further expedite payments from across the 2020-2021 planned distribution budgets.

ECB Chief Executive Officer, Tom Harrison, said: “It is the ECB’s responsibility to protect the whole game’s future during the financial uncertainty we face as a sport.

“We continue to work closely with all levels of the game to understand the challenges that are being presented and to map out a plan for the future. While I am pleased the ECB Board has been able to approve this financial support package for the remainder of this year we are still only at the beginning of addressing the impact of this crisis on cricket.

“We still should not underestimate the significant financial burden that is ahead of us across all levels of the game. We must seek to reduce the cost base across the game, as we face up to the sobering reality of what lies ahead of us.

“The response we have seen within the game has been reassuring and I know how much a return to the field of play would mean to clubs and players of all ages across England and Wales.

“It remains our priority to get cricket started again this summer, from the grassroots to the elite level, and we will continue to work with Government to try and do in a way that keeps people safe but that limits the ongoing impact of this crisis on our game.”

Wiltshire Cricket 🏏 @WiltsCricket 3 Jul
😊🏏 We will share the detailed guidance on what the move to step 4 of the ECB roadmap will entail and will keep you posted on all of the plans for Cricket at all levels across the county for the remainder of this summer. For now though .....🙌🙌🙌🙌

England and Wales Cricket Board @ECB_cricket 3 Jul
We are delighted that the UK Government have given their permission for recreational cricket to return from next weekend. We will shortly be publishing our approved guidelines to help clubs and players prepare for cricket's return.
8 20

England and Wales Cricket Board @ECB_cricket 3 Jul
We are delighted that the UK Government have given their permission for recreational cricket to return from next weekend. We will shortly be publishing our approved guidelines to help clubs and players prepare for cricket's return.
7 37

✅ Green light given for Cricket club's to re-open their clubhouses and pavilions from 4th July, full information and guidance below 👇 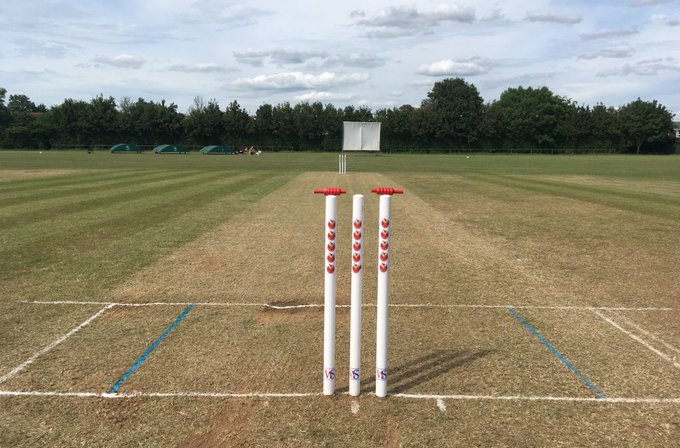 At last some live cricket back, as 2 England teams face off in a 3 day warm up match ahead of the West Indies Test on the 8th July.